(Remarks delivered on October 15, 2017 at the dedication of the new Rockefeller Republican Center in Little Rock, Arkansas.

This is an important day.
Thanks to Doyle Webb for steering this project to conclusion, and thanks to all who have worked long and hard to make this party what it is today.
Today is a milestone, but there have been many milestones since this party began its journey over one hundred fifty years ago.
Upon entering this building, our magnificent new headquarters, we passed beneath a red, white, and blue chandelier. It is dedicated to the memory of Phyllis Kincannon, a woman who exemplified the best of what we are about.
That light, beaming brightly as it does. is a perfect reminder that it was this party—in 1966—under the leadership of Winthrop Rockefeller—that cast a bright light on the sordid history of one party rule.
For a hundred years after the Civil War, Arkansas was in the death-grip of an Old Guard of entrenched politicians who used every trick in the book to keep the common people down. That shameful era of prejudice and subjugation was the lowest point in Arkansas history. Hopelessness prevailed. A sort of dry-rot was eating us up from within.
At that crucial moment fifty years ago, this political party gave Arkansans a choice, a chance to begin anew.
We opened our door.
We invited all to come in.
And they came.
Working together we exposed the evils of one-party rule: Segregation, Jim Crow laws, graft, election fraud, prison squalor, and a host of other wrongs.
Working together—with Governor Rockefeller—we began to clean up the mess. We busted up illegal gambling and the corruption that comes with it, we cleaned up the prisons. We supported freedom of information laws and election law reforms. We set higher, nobler standards—moral standards—and we opened state and local government to women, blacks, and those like me who were locked out of the process.
It was a battle worth fighting. It proved the value of competition in politics. And it gave us—the Republican Party of Arkansas—the toehold we needed.
Slowly, but surely, we began what would be a long and arduous task.
We built this political party from the ground up—the first truly organized party in our state—with grassroots leadership elected by the people, not the Old Guard, not the bosses.
Today, you see the fruit of our 50-year undertaking.
We are the majority party!
And, I am proud to say, this party is still dedicated to the rock-solid principles that have guided us since the days of Abraham Lincoln. These are the principles that made America great.
Don’t mistake me when I speak of our successes. My accolades are not for the few who gained fame as elected officials. God bless them, but those of us who got elected would be nothing were it not for the work of thousands who came through our open door.
They worked unselfishly for years. They gave money, fought campaigns, and suffered brutal losses. Through it all, they kept fighting to give Arkansans a choice, a way to unite around a set of commonly shared principles. There is nothing quite so powerful as the invitation to stand for a cause that’s greater than self, and that is what this party offers the people.
So, my friends, my fellow Republicans, every time we enter this place to do our work, let’s look at the radiant chandelier—Phyllis’s light—and think of three things:
1) First, the light reminds us that it was this party that brought light to the darkness. It was this party that opened the political process in Arkansas, allowing the people to rule.
2) Second, the light reminds us of those who came before, those who gave so much: Ada Mills, Odell Pollard, Len Blaylock, Lynn Lowe, Leona Troxell, Elijah Coleman, and the thousands (many of whom are mentioned in Dr. Ken Coon’s book, Heroes & Heroines) They worked and suffered to make small gains in a battle that was fought inch by inch.
3) And finally, the light reminds us to rededicate ourselves to the cause of justice, and to do what we do with mercy and humility.
This new headquarters is a milestone for our party, but it is not the capstone.
We are proud—justifiably so—but we must remember: Pride and a haughty spirit goeth before a fall.
We have more work to do, and that is why our door must always be open to everyone who shares our dream of a better Arkansas.
May God bless you and the work you do to make life better for the people of this great state, and may God bless the United States of America. 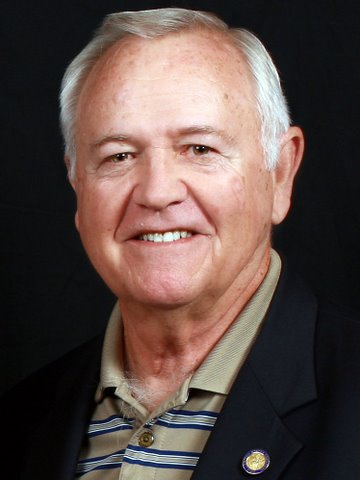